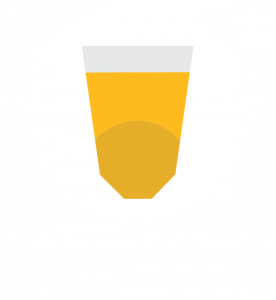 After a long pandemic, 2022 is the first year we have been without any
pandemic restrictions from beginning to end. However, restrictions and
excessive taxes put citizens who want to exercise the freedom to consume a
legitimate consumer product through the wringer this year as well.
Unmeasured and unjustified restrictions have posed black markets and illegal
activities problems throughout the entire history. Today, when it comes
to alcohol policies, not only in Turkey but also in all countries that implement strict
policies from time to time, at least as much as Turkey suffer from these
unintended consequences.
This torn-between situation in Turkey has caused alcoholic beverages to be legal in
practice but has an incredibly hard-to-reach position in theory. In these
circumstances, Turkey’s implemented alcohol policies damage personal and social
health in Turkey and also damage rights and liberties as well. With these
perspectives, as, The Turkish Public Alcohol Policy Watch, we monitor Turkey’s
bootleg data and share the consequences with Turkish public opinion. Therefore,
we present the social and health losses caused by unmeasured public policies in a
clear cause-and-effect relation. Without further ado, we present you 2022 Turkey Bootleg Data!

In 2022, a total of 38 people passed away, and 78 people were
hospitalized due to bootleg consumption in Turkey. In other words, in
In 2022, almost every 9-10 days in Turkey, a citizen tried to reach the alcohol that
they could not afford to buy from the market, and thus they passed away. As we say
the point that we frequently dwell on as The Turkish Public Alcohol Policy Watch,
illicit alcohol is a communal catastrophe that might be prevented. The res that
should have been done is getting ease to reach recorded alcohols to save citizens
from poison dealers. And the way of that is by reducing the severe tax burden

In 2022, How Many Liters of Illicit / Unrecorded Alcohol Was Seized in Total

Totally 1.837.198 liters of illicit/unrecorded alcohol was seized by
operations in 2022. When we calculate the productions that cannot be seized by
ratio, this figure indicates a huge market volume. This means that the social and
economic restrictions on alcoholic beverages are exposed in Turkey have reached such a level
that the illicit/unrecorded alcohol black market, which should normally be an exception, has become a plausible alternative for the citizens. The way that eliminates the illicit alcohol black market from being an alternative for citizens is
to ease the reach of banderole alcohol.

Which product was seized the most in 2022, other than Illicit Alcohol, in
Unrecorded Operations?

In 2022, in operations against illicit/ unrecorded alcohol producers and dealers,
narcotic drugs were the second most product seized. This situation narrates us 2
things;
First of all: As a result of the strict alcohol policies of the government, alcohol
has been so criminalized that it has been put in the same equation as the narcotic
drugs that have been illegal for years.
Second and more importantly: Indicates the difficulty in reaching legal
and recorded alcoholic beverages are not the only alternative to illicit alcoholic
beverages, but also drugs.
In other words, difficulty in reaching recorded and legal alcoholic beverages
canalizes citizens to more affordable alternatives. These more affordable
alternatives are more malefic, addictive, and virulent than the legal and banderole
alcohols. State’s alcohol policies encumber a severe reaching burden to less
harmful alternatives, thus condemning citizens to the more affordable, wherewithal, more malefic alternatives. This is the most neglected and as well
most painful side of Turkey’s alcohol policies.

Third in Taxes, Last in Consumption
When it comes to alcohol policies in Turkey, leaving European countries holding
the bag and pointing out that the practices are in line with European practices is a
frequently used and careless method. Even if some of Turkey’s practices and
regulations and Europe’s practices and regulations resemble each other
there is an extortionate difference: Consumption rates.

The inbalance between Turkey’s consumption figures and Europe’s
consumption figures is a clear indicator of how disproportionate Turkey’s alcohol
policies are. The irrationality in alcohol policies is like taking medicine for
someone who is not sick. If you have a disease, medicine can thoroughly cure you.
However, if you are on medication even though you are not sick, it will drive you
to a worse situation. Turkey is a country that does not struggle with an
alcoholism problem compared to European countries but imposes strict and
relentless regulations as if there is an acute issue in practice. In short, even
though Turkey has no disease, she is taking a huge amount of medication. By
metaphor, this winds Turkey into a worse position. These bad results can be
observed in the 2022 Turkey Unrecorded Alcohol Consumption Data. This table is
an objective product of an explicit cause-and-effect relationship.
Thus, a concrete indicator emerges for decision-makers. Alcohol policies in
Turkey has been regulated for years in a strict, disproportionate, and just
as unjustified way, have terrible consequences in many social,
economic and medical aspects.
Our call to decision-makers is to take this table seriously to prevent more people
from passing away just because they wanted to practice legal daily practice, and
to prevent a legal consumer product from slipping into criminal activity. Thus,
felicitous decisions will be taken in terms of rights and liberties and roseate
improvements will be experienced in terms of public health, public finances, and
markets.
Our expectation from 2023 is, without a doubt, to encounter a Turkey where all
these issues we have been dwelling on are overcome.